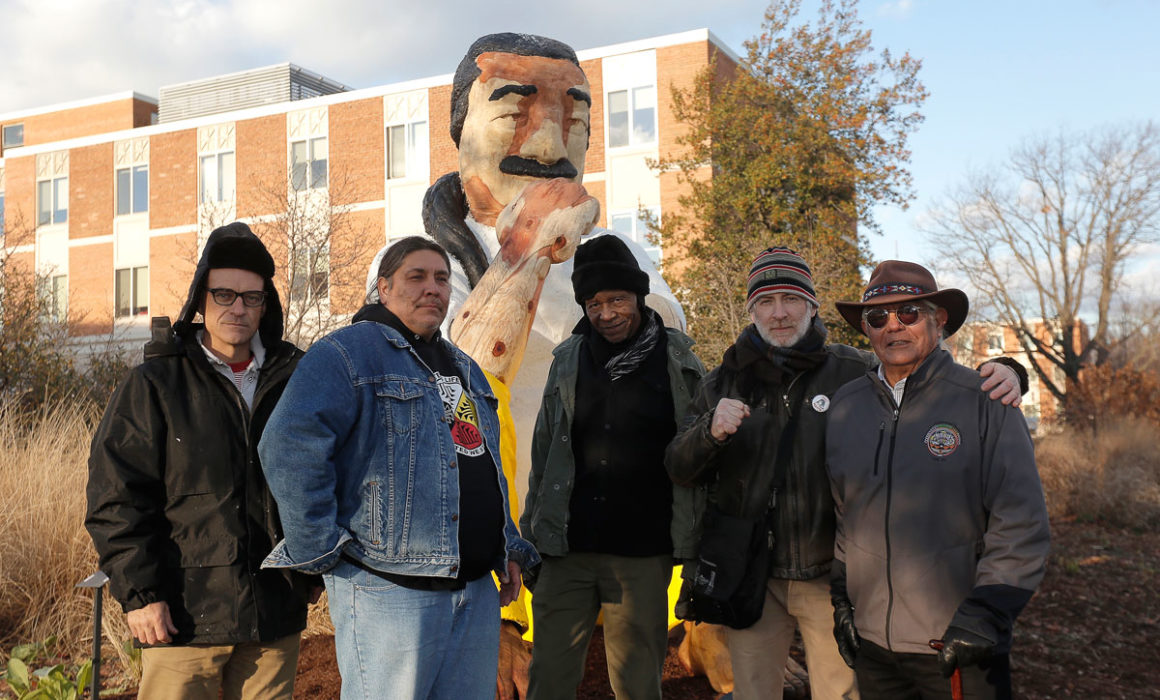 The Peltier Statue made an epic journey from California to Washington D.C. and was successfully installed at the American University Campus. It was dedicated on December 9, with Leonard Peltier’s eldest son present, Chauncey Peltier, as well as Len Foster – Peltier’s spiritual advisor – and Robert King a former prisoner himself, now the recipient of an honorary doctorate’s degree in law and a global champion against the systemic racism festering in the US Justice system.